The Bedgerabong Picnic Race Club is a member of the NSW Picnic Racing Association. We are registered with Racing NSW which enables us to access all the services associated with thoroughbred racing in NSW.

The name Bedgerabong is derived from the aboriginal Badjarri Bong which literally translates to a place of good water. The spelling of the village name has been at the centre of some controversy for many years with numerous variations used since the community was established in the 1800’s … Badjarribong, Bedgerebong, Bedgerabong … 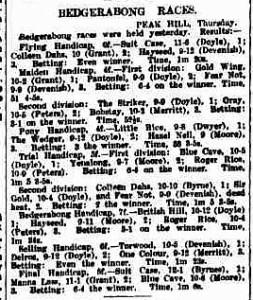 The Bedgerabong Picnic Race Club was established in 1919 with a handful of local volunteers from the Bedgerabong community decided to run an amateur thoroughbred horse race meeting. Race meetings were held on a number of local properties before it found is home at the current location for the Boxing Day 1933 Race Meeting and continues to race there today. Here is an excerpt from the Sydney Morning Herald (Friday 4 May 1923) with the results of the races!

Our Club, has an Executive Team and Committee of more than 50 volunteers. This is quite unique and shows the wonderful community spirit that still exists in Bedgerabong, along with many other small country towns in New South Wales.

Check out this hard working bunch… 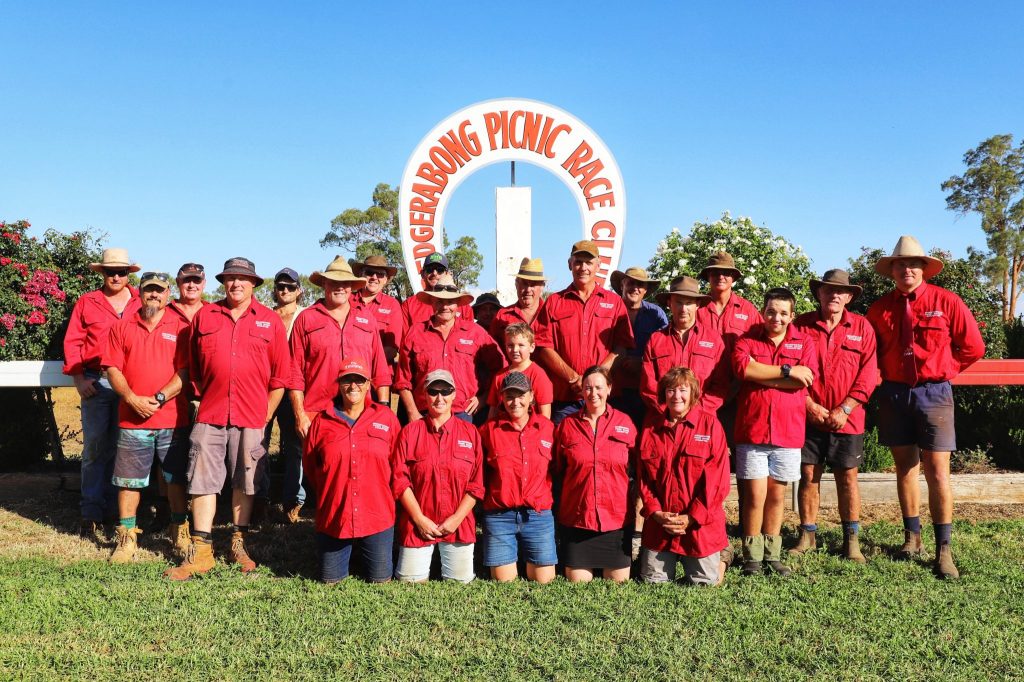 A strong committee of locals runs the Bedgerabong Race meeting and in 2007 we were awarded Community Race Club of the Year by Racing NSW.

We would like to welcome our newest committee members and thank those who have had a long association with the club. If anyone is interested in joining our committee please contact the president.

Our Life Members and Patrons are a very important part of our club. These people are truly treasured, and have been honoured with this title due to their many years of work and dedication to the club.